Janet earned a bachelor's degree in Psychobiology from Albright College in 1983 and a degree in Physical Therapy from Thomas Jefferson University in 1985.

Janet offers more than 25 years of expertise in diverse settings. While her emphasis has been on outpatient orthopedic physical therapy for adults and children, she has also worked extensively with school-based programs, hospitals, home-care, aquatics and on-site industrial rehabilitation.

Janet has served as the director of numerous facilities and been a clinical supervisor of physical therapy students. In addition to a certification in Functional Capacity Assessment, she is proud to have published "Save Our Shoulders: A Guide for Polio Survivors" (2003).

In her spare time, Janet enjoys spending time with her family and friends, working out, volunteering for the Girl Scouts and traveling.

Janet resides in Cherry Hill with her husband, Drew, and daughters, Emily and Lexie. 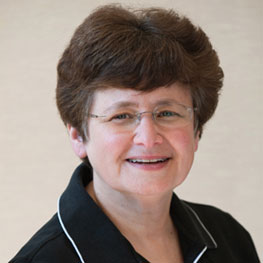